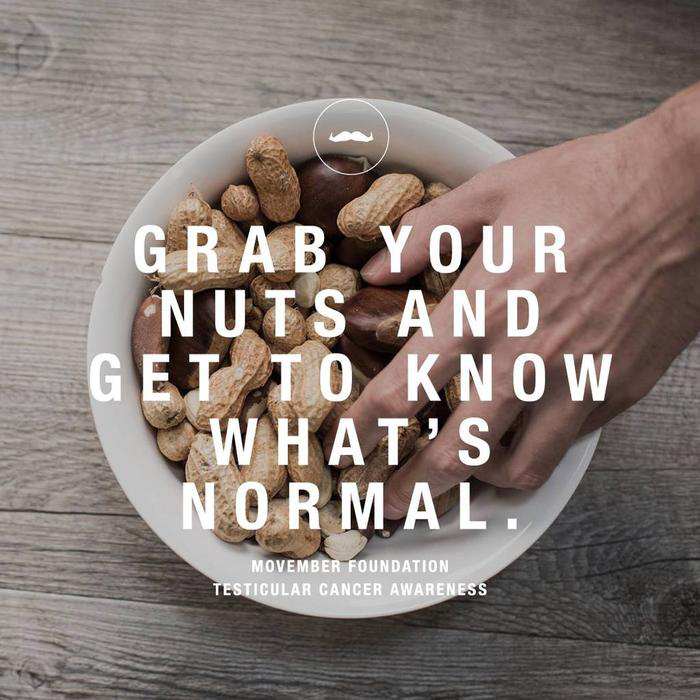 The Movember Foundation is asking men to "get to know their nuts a little better" over April, as part of an awareness campaign for testicular cancer.

It comes after a recent survey conducted by the foundation highlighted Kiwi men were in need of more information regarding the risks of testicular cancer and the signs they need to look for.

According to the survey, 70 percent of those interviewed between the ages of 18 to 45 said they had never self-examined their testicles and that they didn't know how.

A similar percentage also admitted they'd only go to the doctor if they were certain something was wrong -- and Movember Foundation's Sam Gledhill says it's a mentality that is killing Kiwis.

Currently, 150 men a year are being diagnosed with testicular cancer every year, of which around eight people will die as a result.

The disease predominantly affects men between 15 and 35 years of age and it is the most common cancer among this group.

The Movember Foundation has usually been an advocacy group supporting the fight against prostate cancer.

They typically encourage men to raise funds and mark solidarity by growing a moustache throughout the month of November.