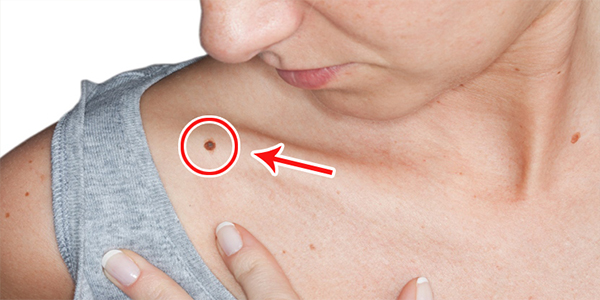 Signs and Symptoms of Skin Cancer

The most common risk factors for skin cancer are as follows.

Skin cancer is a common, usually low-grade cancerous (malignant) growth of the skin. It starts from cells that begin as normal skin cells and transform into those with the potential to reproduce in an out-of-control manner. Unlike other cancers, the vast majority of skin cancers have no potential to spread to other parts of the body (metastasize) and become life-threatening.

What are the signs and symptoms of skin cancer?

Most basal cell carcinomas have few if any signs or symptoms. Squamous cell carcinomas may be painful. Both forms of skin cancer may appear as a sore that bleeds, oozes, crusts, or otherwise will not heal. There is often a slowly growing bump on the skin that may bleed after minor trauma. Both kinds of skin cancers may have raised edges and a central ulceration.

Signs and symptoms of basal cell carcinomas include:

Signs and symptoms of squamous cell carcinomas include:

Actinic keratoses (AK), also called solar keratosis are scaly, crusty lesions caused by damage from ultraviolet light, often in the facial area, scalp, and hands. In some cases these are considered potential precancers. If untreated, up to 10% of actinic keratosis growths can develop into squamous cell carcinoma, and in rare cases some can turn into basal cell carcinomas.