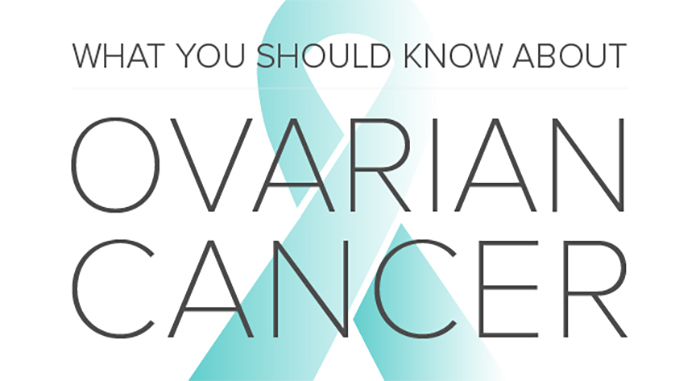 September is National Ovarian Cancer Awareness Month and while ovarian cancer does not have a screening test and can be difficult to detect early, there are symptoms that women should be on the lookout for.

Studies have shown that ovarian cancer is not silent, but the warning signs are subtle. Ninety percent of women with ovarian cancer do report symptoms, even at the early stages. Four symptoms in particular have been found to occur most often.

If any of these symptoms are new and unusual and occur at least 12 times in one month, see a doctor, preferably a gynecologist: significant bloating, pelvic and abdominal pain, difficulty eating or feeling full quickly, and urinary symptoms such as feelings of frequency or urgency. Behaviors which may decrease the risk of ovarian cancer include: use of oral contraceptives (birth control pills), the surgical removal of fallopian tubes and/or ovaries, and breastfeeding.

You can download an informational brochure about ovarian cancer by clicking on the pdf file above.